Venice in the movies/8 – Scalera Film in Giudecca

There was a time, actually rather short, when Venice was not only a fascinating film set, but the home of film studios themselves. Even among the Venetians, few people now remember that a short walk from the Molino Stucky (and thus from the Residenza Grandi Vedute), since the end of World War II to the early ’50s, there was a place where films were developed, funded and shot.
This story begins in Rome, in 1943, when Cinecittà, the small Italian Hollywood, was requisitioned by the Nazis. Scalera Film, A major production company of the time that had until then produced a lot of propaganda movies for the Fascist regime, as well as films set in Venice, decided to move its headquarters to Venice, namely on the isle of Giudecca, which then was the city’s industrial heart. At Scalera there were shot many costume dramas directed mainly by some glories of Italian cinema of the 30s and, after the war, some international co-productions, among which there was Othello by Orson Welles, no less.
By a twist of fate, the story of the Moor of Venice was also one of the causes of Scalera crisis. The studio filed for bankruptcy a few months after the movie’s release in 1952 and closed its facilities in Giudecca. Since then, film industry has abandoned the Lagoon and there’s no trace of that short season. Scalera’s soundstage ruins were still visible until 2007, when they were razed to the ground during a redevelopment project, still in progress. Anyway, we still have about thirty films, some completely forgotten. Among them, a unique gothic fairy tale, La gondola del diavolo (The Devil’s Gondola) by Carlo Campogalliani, of which there’s a fragment on Youtube… 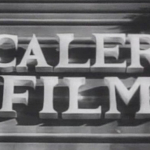 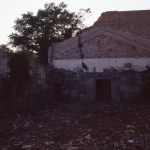 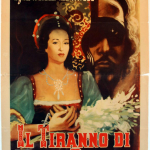 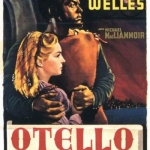 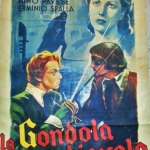 About the Author: Venice Residence